An error occurred. You can help us with the development of the Pen&PaperBox by sending us the following error report. 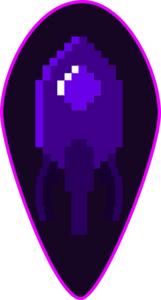 This is an introductory session. You don't need to have any experience with Shadowrun or any role-playing game whatsoever.

You can register with a link below this text. In your registration, please at least provide the information if you are fluent in German, English or both. It might happen that I have to ask you to register for a another session to make sure that all participants can understand each other.

All Shadowrun sessions will play the same mission, so there is no need to attend more than one session.

Shadworun is a role-playing game set in a dystopian near future (year 2070ish). Megacon have become state-like entities that fight each other more covertly than openly. That's some great job opportunities for Shadowrunners like you.

For the Megacons, you are a denyable asset, some freelancers that they hire to get the dirty work against their competitors done.

For the general public, you are the protagonist of famous TV shows like "Karl Combat Mage" and some kind of modern Robin Hood (since you happen to steal from other Megacon most of the time) who is living the dream of freedom and choice of which the average slave wage with their corporation-linked identity can only dream of.

For you, it's mostly a struggle from gig to gig. You just hope to get paid without your agent double-crossing you or the incompetence of the misfits that also have been hired on the same job is not getting you killed.

Shadowrun is famous for combining Cyberpunk (cybernetic implants, hacking, drones, better-than-life virtual reality, environmental collapse) with actual magic that has lead to the mutation of the general population into orks, trolls, dwarfs and elves.

We will be playing Shadowrun 5th Edition instead of the recent 6th edition because I did not yet updated this demo run to 6th. ;-)

You will be asked to infiltrate an Airbus engineering site in Hamburg. The arrival of an experimental airplane from France is expected and you are to steal the diagnostic data its systems have recorded during the flight after it has landed.

You will play one of the following characters.

A.C.A.B is a Orc Punk basically being raised (and currently living on) the streets. Only his unlikely gifted talent of enhancing his fighting moves with the subconscious use of magic and his love to rob from corporate is what qualifies him as Shadowrunner.

Papa Bear is an ex-military and now freelancer. He used to be a team leader and drone rigger at the MET2000 force. He has drones for recon and fire support which make him a valuable asset in stealthy and not so stealthy missions.

Tiny, a not really tiny (2,7m tall) troll lady has served together with Papa Bear in the MET2000. Her most valuable asset are her muscles, a light machine gun and a fear-inducing battle axe.

Peter Byte was an IT consultant. At some point, a contract with an important client went really bad. So bad that he needed a new job and identity. He now is a Shadowrunner and hacker ("Decker").

Raven is an elven shaman who can cast cool spells, summon and fight spirits and can do recon on the astral plane.

The Boss used to be the nice face for a mafia group he (or she) switched sides and become an undercover agent. After things wen south, he had to leave the Rhine-Ruhr area and started working as a Shadowrunner. His social skill set makes him very useful for social engineering and undercover operations.

Martin has created this session.